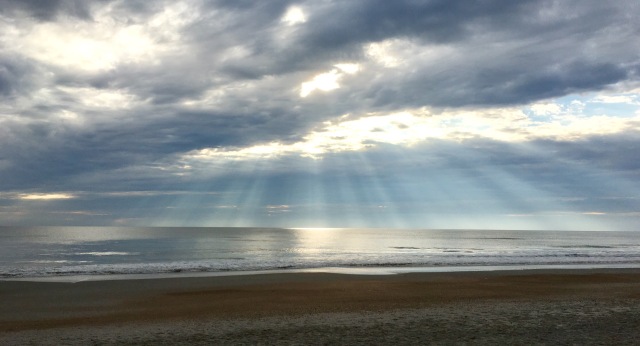 Several years ago, a colleague of mine found herself in a tough spot. We were working on a major report for one of the world’s largest foundations (and one of our biggest clients) even as two senior people within the foundation were engaged in an internal turf war.

Naturally, the turf warriors had differing views on what our report should say about them. Over several weeks, they took turns calling my colleague to complain about each other and maneuver to make our report reflect well on them. Eventually, my colleague came to me with a terrified look in her eyes. “I need your help,” she said. “We have to write a report they both agree on, and they don’t agree on anything.”

“Okay,” I said, “but first let me ask you a question. Is there any chance that our report will resolve the issues between them?”

My colleague laughed out loud. “No way,” she said. “The issues between them go way beyond our report.”

I nodded. “In that case,” I said. “You might want to serenity prayer this project.”

My colleague gave me a confused look. After all, “serenity prayer” isn’t typically used as a verb. But I think it should be, even though I’m not typically in favor of verbing words. Here’s why.

You’ve almost surely heard the serenity prayer before. Authored by the American theologian Reinhold Niebuhr, it’s been used by members of Alcoholics Anonymous and other 12-step programs for decades. There are different versions of it, but the best-known one goes like this:

Now, I’m not here to make an argument about the practical value of prayer. I’ll leave that to others. What I do want to note is that, regardless of a person’s views on God, invoking the serenity prayer prompts you to do at least four things, all of which are helpful when you’re caught in a quandary like my friend was:

To “serenity prayer” something just means to follow this four-step process before attempting to deal with it further. The potential benefits are probably clear, but to name a few of them:

The trick, of course, is that actually sorting what you can change from what you can’t is often tricky. As the prayer suggests, it requires wisdom. But stepping back and looking for wisdom is the first step to actually finding it. And starting to act based on what you recognize is possible often opens up new possibilities, potentials that don’t appear when you’re feeling overwhelmed and (thus) frozen.

Often, the first step is just to take a first step–and verbing the Serenity Prayer can help you do that. It can also help you find the peace and space to keep going when times get tough, as they can and will do if you’re seeking change. And who knows? If you’re lucky, you might even get some help from above.

You’ll certainly always get it from me.